Pressure Washing Hollywood - Get Rid of Dirt and Grime!

Get Your Free Estimate Today!

Anyone who watches films has at least heard of Hollywood once. Hollywood is a neighborhood in the central region of Los Angeles CA. It’s also considered the center of the American film industry and is home to many studios such as Disney, Paramount, Warner Brothers, and Universal Studios.

Hollywood is located northwest of downtown Los Angeles, in the foothills of the Santa Monica Mountains where the famous Hollywood sign stands. As the birthplace of the American film industry, Hollywood elicits images of wealth, fame, and is sometimes called “Tinseltown” for its unrealistic nature.

The district houses numerous attractions, from the behind-the-scenes tours in Universal studios to the iconic Sunset Strip.

But to get a taste of Hollywood, one must visit Hollywood Boulevard where one can catch their favorite Hollywood celebrities’ names on bronze-rimmed stars on the sidewalk. There’s also the Kodak Theatre, home to the Academy Awards, and the Hollywood Wax Museum with its many life-size wax replicas of famous personalities in Hollywood.

And for a real show, there’s the Dolby Theatre, one of the premier venues for concerts, ballets, and comedy shows. There’s also the El Capitan Theatre, owned by The Walt Disney Company, where you can watch first-run and classic Disney movies. The theatre often has movie-themed exhibits and pre-show entertainment as well for visitors to enjoy.

But what’s Hollywood without its famous personalities? Get yourself a behind-the-scenes look into Hollywood’s elite and their opulent lifestyles by joining Starline Bus Tours. Ride a bus and get to see where celebrities live, hang out, and perform.

For over 13 years, West Coast Property Maintenance has helped keep the sidewalks, driveways, and parking lots in Hollywood spick and span. We make sure that properties look as good on the outside as they do on the inside so that your experience walking and driving along Hollywood streets is always an excellent one!

Whether it’s the side of a building, the driveway, or the parking lot, everything in Hollywood has to be cleaned. But with LA’s sunny weather and beachy breeze, outdoor property maintenance can be a challenge.

Moreover, it can restore the appearance of properties which not only increases your curb appeal but also raises your property’s resale value.

Pressure washing also saves a lot of time. In just a handful of hours, it’s possible to scour an entire property. There’s no need to use ladders to reach high walls and roofs. Moreover, one can remove gunk without relentlessly scrubbing. And because pressure washing uses water, the process is kinder to the environment than other cleaning methods that require a mix of toxic chemicals.

WCPM attends to all your pressure cleaning and washing needs. Whether you have a dirty roof, driveway, or patio, we got you covered. We always get the job done right and we can get even the most stubborn gunk out from nooks and crevices between bricks and wall cracks.

At West Coast Property Maintenance, we make sure that your property is cleaned thoroughly using only up-to-date top-quality professional pressure washing equipment. This equipment can reach 7000 psi, well beyond the 2800 psi used for homes and the 3000 to 6900 psi in most commercial pressure washers.

This ensures that any tar and grime found in commercial parking lots can easily be removed. Not to mention, we have a team of professionals to make sure we deliver only the best results to our customers.

Customer Service is Our #1 Priority

At WCPM, our primary focus is Customer Satisfaction. Not only do we have a well-trained crew to do the pressure washing, but they make sure to do the job well and on time. Upon completion, our staff emails us photos of the completed job; we’re also available 24/7 for emergency services so we can respond to you at a moment’s notice.

We have 13 years of experience and are experts at what we do. We have various solutions to your cleaning problems and we’re willing to take on whatever cleaning project you have to help save you time and effort.

Whether it’s commercial or residential property, you want to make sure that pressure washing is done right. Don’t worry about how to restore your patios to their former glory. Your home is going to look as good as new by hiring WCPM to give you the best pressure washing Hollywood has to offer. Leave us a message to get a free quote and schedule the power washing service that you deserve! 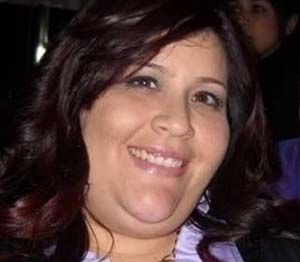